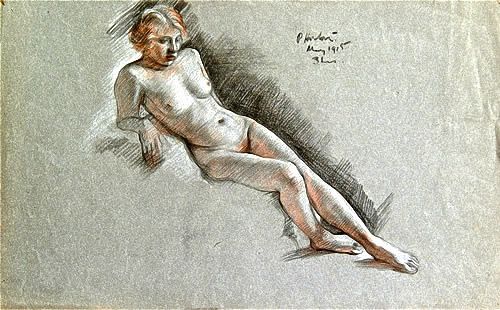 Born in Brighton, Percy Horton attended the School of Art there from 1912-1916. Drawings made in the Life Room, often as timed exercised (hence the 3 hours), formed a major part of all Art School curricula at this period. During the First Word War he became a conscientious objector and was sentenced to two years hard labour in Carlton Prison, Edinburgh, from 1916-18. After the war, he took up his studies again at the Central School of Art 1918-20 and the Royal College of Art 1922-24.