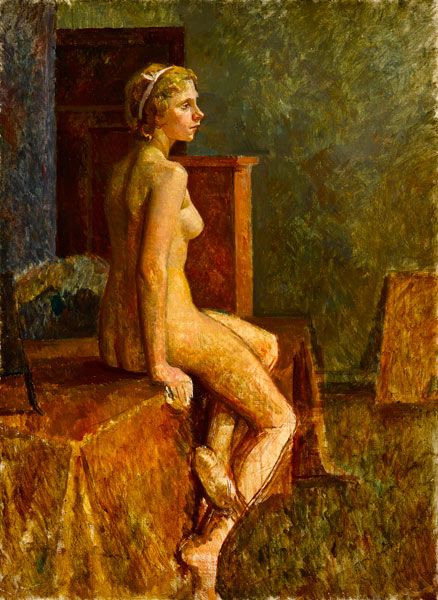 Born in Brighton, Percy Horton attended the School of Art there from 1912-1916. During the First Word War he became a conscientious objector and was sentenced to two years hard labour in Carlton Prison, Edinburgh, from 1916-18. After the war, he took up his studies again at the Central School of Art 1918-20 and the Royal College of Art 1922-24. In 1925 he was appointed art master at Bishop's Stortford College and also began giving classes at the Working Men's College in London. As a member of the AIA (Allied International Artists) during the 1930's he believed that artists should be socially committed and he painted a series of portraits of the unemployed during the Depression.

Horton  taught at the RCA between 1930 and 1949. During the Second World War the college was evacuated to Ambleside and he produced a series of paintings of the Lake District and its people. At the request of the War Artists Advisory Committee he drew portraits and painted scenes in war factories and this collection is now in the Imperial War Museum. In 1949 Horton was elected Ruskin Master of Drawing at Oxford University and remained in this post until his retirement in 1964.