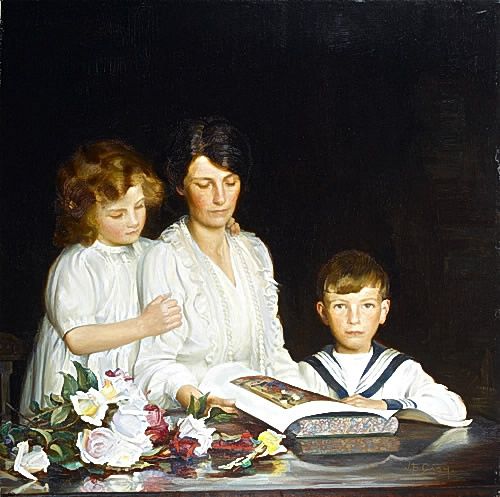 The present work was painted in 1919 and shows Gash’s wife with their two young children Margaret and Norman. It probably ranks as Gash’s greatest and most touching group portrait.
‘My mother, who is placed in the centre behind a table, is looking down at an illustrated book which she appears to be showing to me. I am on the left, standing on a chair, which is hardly visible. Norman is on the right and looking straight out of the picture as though he has seen something of particular interest to him. On the table is a bunch of roses which I remember clearly, especially the little yellow one. These were given to us by Mr Essam, the music master at the Grammar School, and he also taught Norman the piano.’ mg Cat. 13