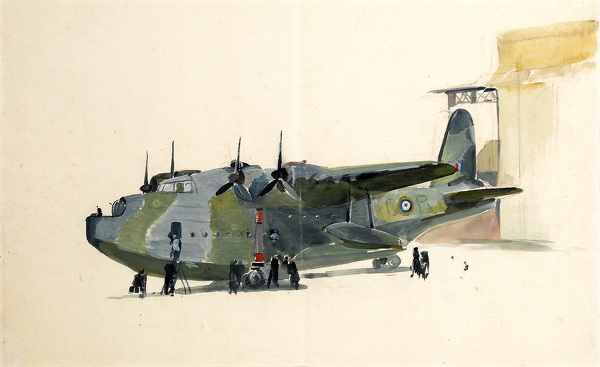 The Short S.25 Sunderland, ‘one of the finest flying-boats in the world’, was a British flying-boat patrol-bomber developed for the Royal Air Force by Short Brothers, first flown on 16 October 1937. Based in part on the S.23 Empire flying boat, the flagship of Imperial Airways, the S.25 was extensively re-engineered for military service. It was one of the most powerful and widely used flying boats throughout the SecondWorldWar , and was involved in countering the threat posed by German U-boats in the Battle of the Atlantic.
It took its name from the town of Sunderland in north-east England.