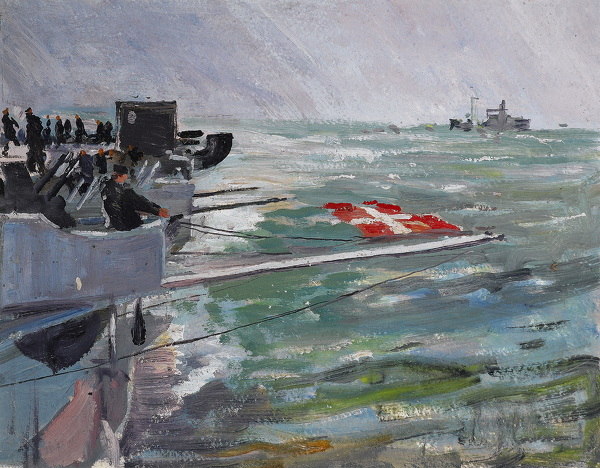 
Painting of the battleship Vanquard from the aircraft carrier "Implacable".

The Second World War saw the first large-scale use and further refinement of
aircraft carriers – warships designed with the primary mission of deploying and recovering aircraft, which acted as a sea-going airbas