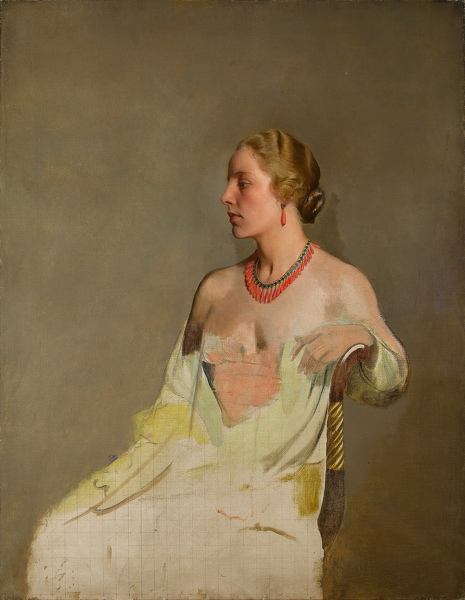 Kelly first met Lilian Ryan in 1916 when she was working as an artist's model, and the two were married four years later. Affectionately nicknamed Jane, Kelly went on to depict his wife in over fifty portraits and sketches throughout his career, titling them with roman numerals for the date that the work was first exhibited at the Royal Academy.

This composition was reused by Kelly some eight  years later in a more formal version of the portrait in which the the coral jewellery is omitted and the shawl fully covers Jane's shoulders. 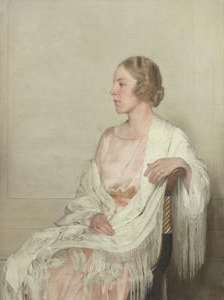